The activity of artistic creation is accompanied by its own temporality. In recent times, the general perception of time has changed considerably at all levels. The time of creation, however, remains unchanging, or rather remains unchanging in that change is its norm, that it never stops nor has a break. In this non-standard time of spontaneity, forms can exist freely and creation can take place.

Bringing together a selection of young Swiss artists based in Geneva, Lausanne, Fribourg, Basel and Zurich, among other places, the exhibition A moment of being offers a glimpse into this reality and temporality of the artists, whose work represents a part of these lives that have become matter through the act of creation. From painting to sculpture to performance, the media present are as many formats conducive to the formulation of different proposals, restoring a vision of art at a certain moment. In this unique moment where creation takes place, anything can happen and differences can coexist in the singularity of their intention.

Inspired by philosophical works on the notion of being, the title of the exhibition also proposes to update this natural relationship between art and philosophy, both sharing the ability to suspend the linear time of everyday life by existing outside it, and allowing a neutral, speculative approach to reality while enjoying a structure within society. 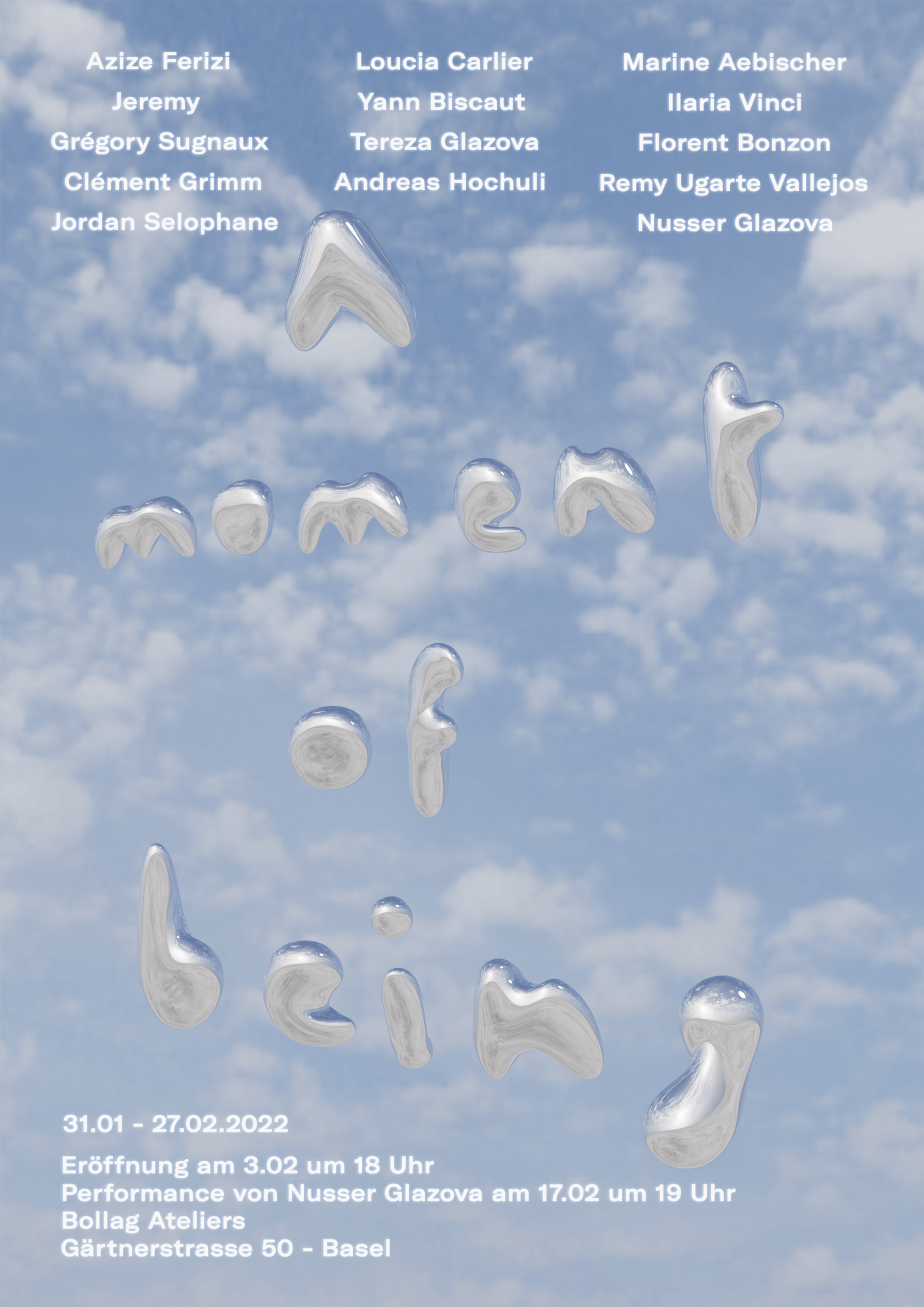