Of Iranian and Swiss descent Vanessa Safavi (born in Lausanne, lives and works between Berlin and Switzerland) conjures contrasting polarities of cultural concepts by appropriating their visual language by means of signs and materials. Lately, her work has increasingly focused on the body, while addressing conceptual systems of language as well as personal narratives. She explores and questions the notion of contemporary identity of the body in times of constant optimisation of technologies and its cultural impact in hyper-organised societies. According to Safavi, this phenomenon has resulted in a whole new conception of identity, which comes with complex, vulnerable and schizophrenic features. Her work mirrors the physical fragility of our bodies and aims at highlighting the poetry that emerges from them. At the Art Institute she presents her most recent film Velvet (2019), which offers an immersion in a small Indian company specialized in the manufacture of latex gloves. 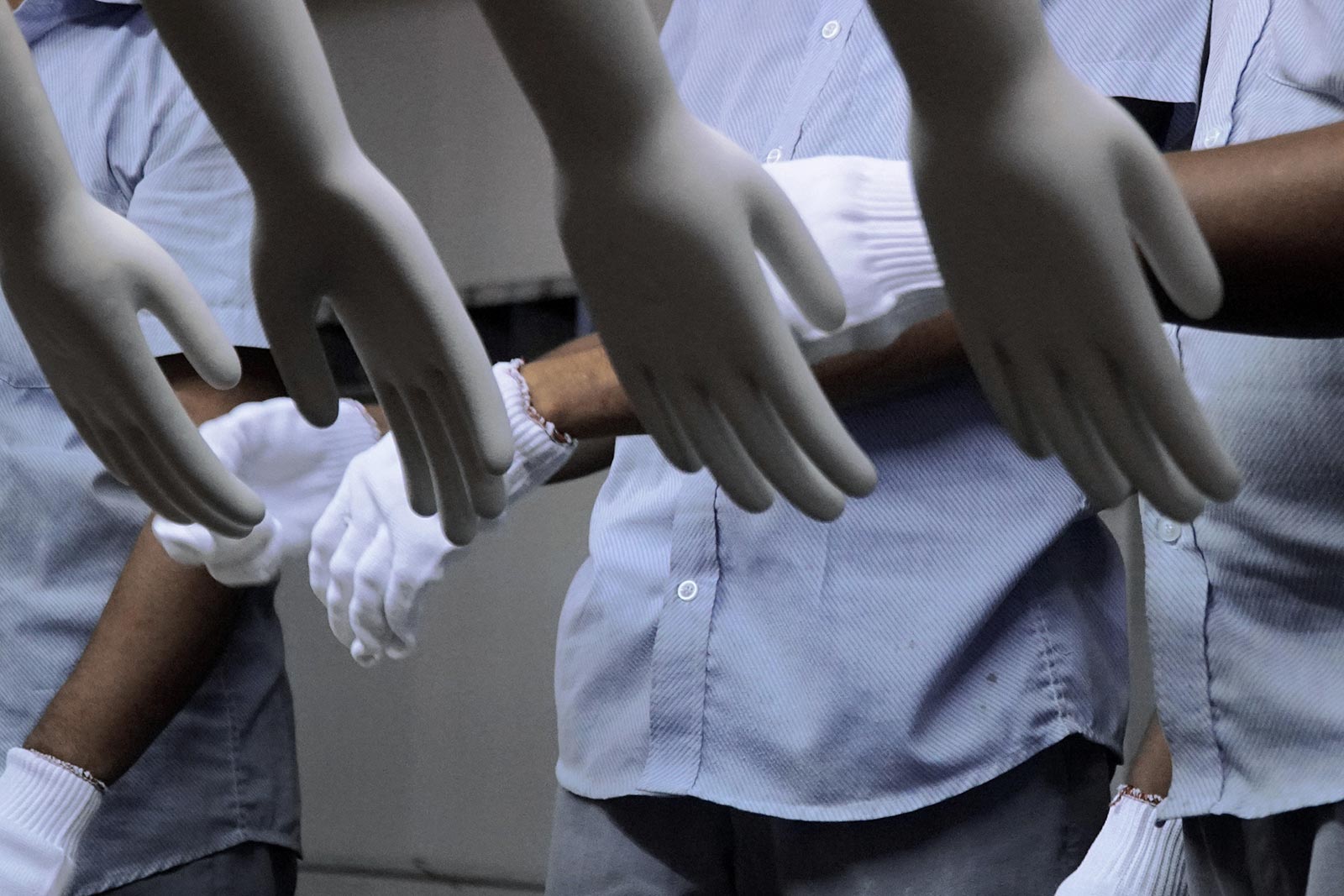 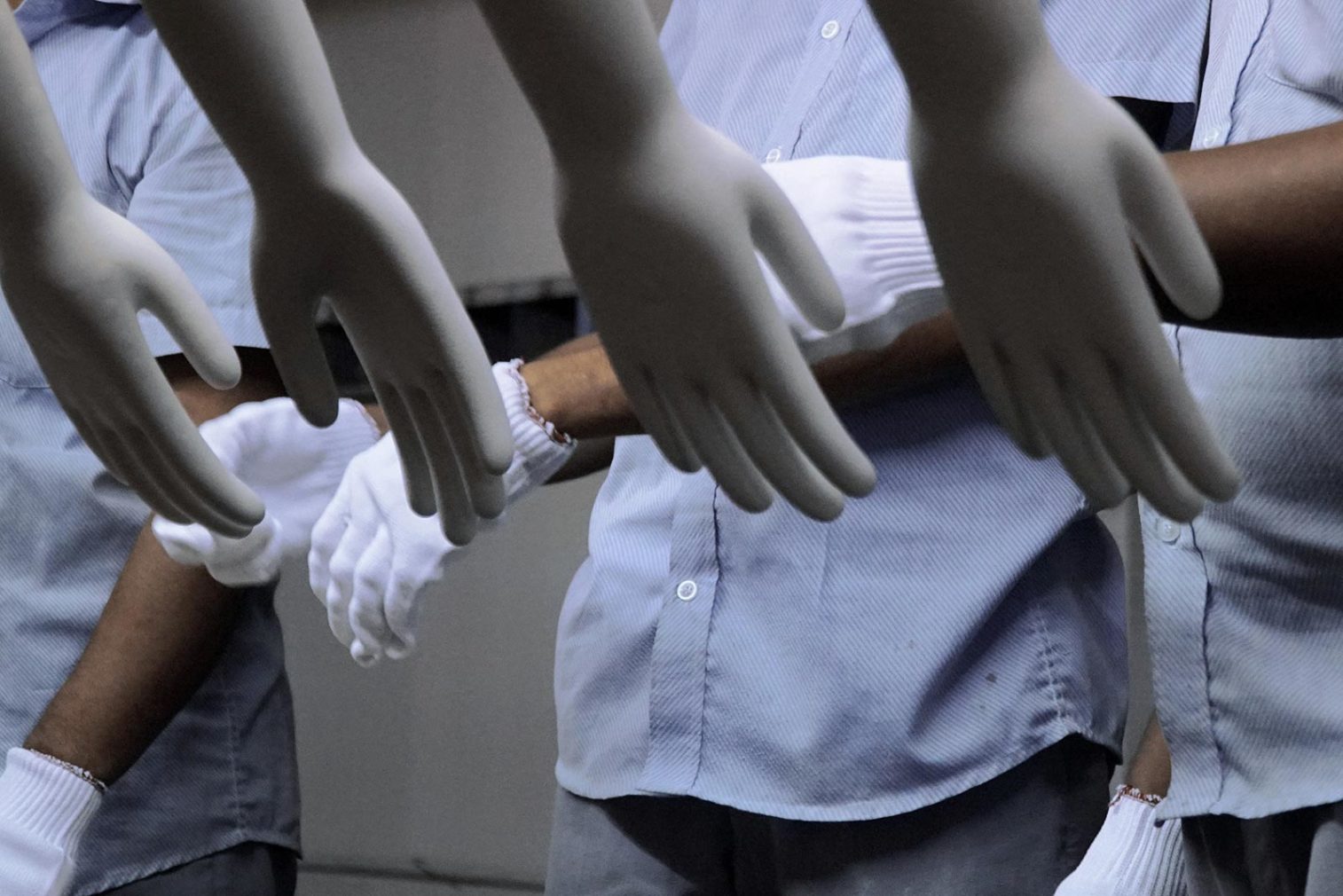