What life could be – and  what art can contribute to it? 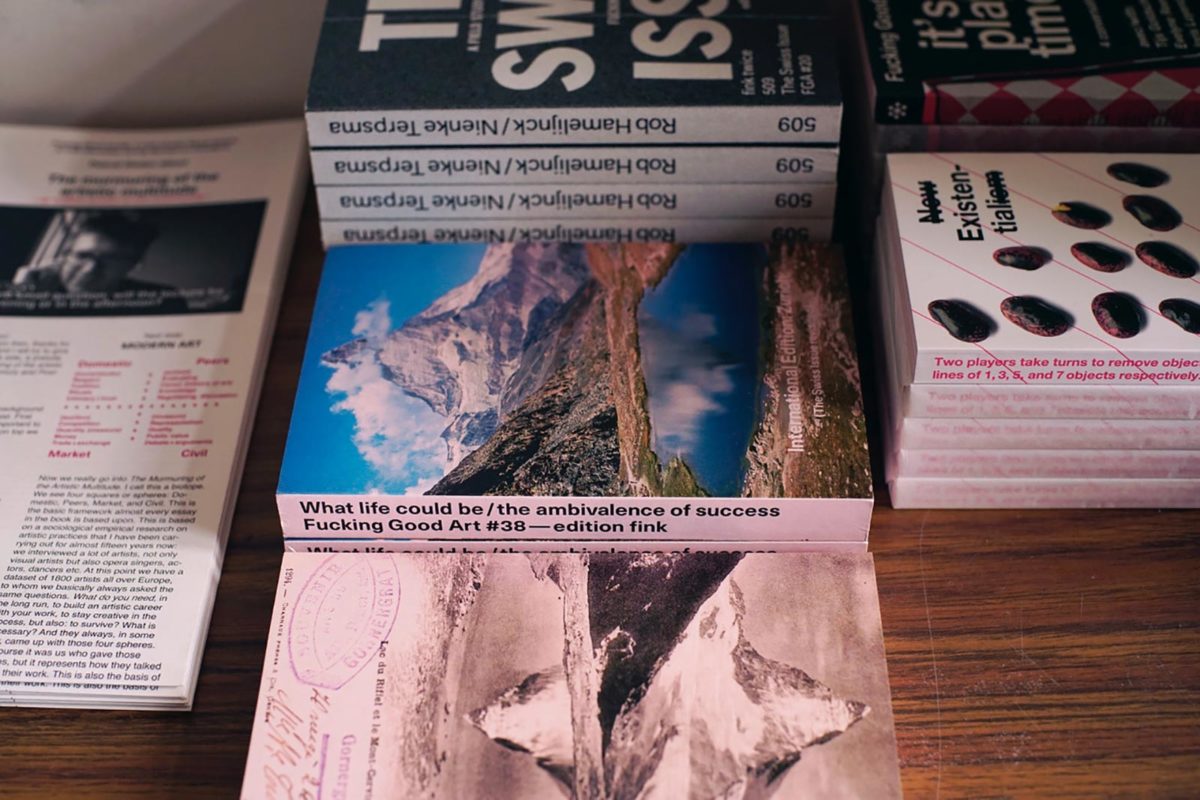 Fucking Good Art is a curiosity-driven travelling magazine, site specific and dialogical by nature. It is published mainly on paper and partly online, sometimes in a black box or in a white cube. Its starting point has often been the artists’ and editors’ investigation into the humus of local artistic communities, microcosms where larger general issues play out in specific ways.  Fucking Good Art was founded in December 2003 by Dutch artists and editors Rob Hamelijnck and Nienke Terpsma. Since their IAAB-residency in Basel in 2006, they have been working on several projects and issues in different parts of Switzerland, often in close collaboration with publishing house edition fink in Zurich.

«For our Art Talk at the Art Institut we will bring to the discussion our most recent issue FGA#38 What life could be/the ambivalence of success (International Edition: Zurich). It is partly a re-visit of FGA#20, The Swiss Issue, a field study on art and market, which came out in 2008, the year of the economic crisis.
Time goes fast—and slow at the same time. In the last ten years some glaciers have changed more than some people have. The bank secret changed, the banknotes changed, opening hours of the supermarket changed, leisure and working hours shifted, art initiatives turned into institutes, museums into event halls, schools into educational multiplexes, factories into Kunsthalles and cheap studios, cheap studios into high-end apartments, and office space—well, into pretty much everything.
What are the long lines in and through time? Are new institutes made of bits of old ones? What can we learn from long-standing artist/curator-run and institutional structures? What about the many coops and Genossenschaften for living and working?

In addition we will share some video material from an exploration into the material history of early anarchist printing and publishing in the Swiss Jura, and fragments from a Skype-lecture by sociologist Pascal Gielen which we organised for the group show Bye-bye la compagnie at CAN Neuchatel, also the basis for the pamphlet FGA#36. Pascal Gielen: we have to organise collectively to keep our singular autonomy alive.» 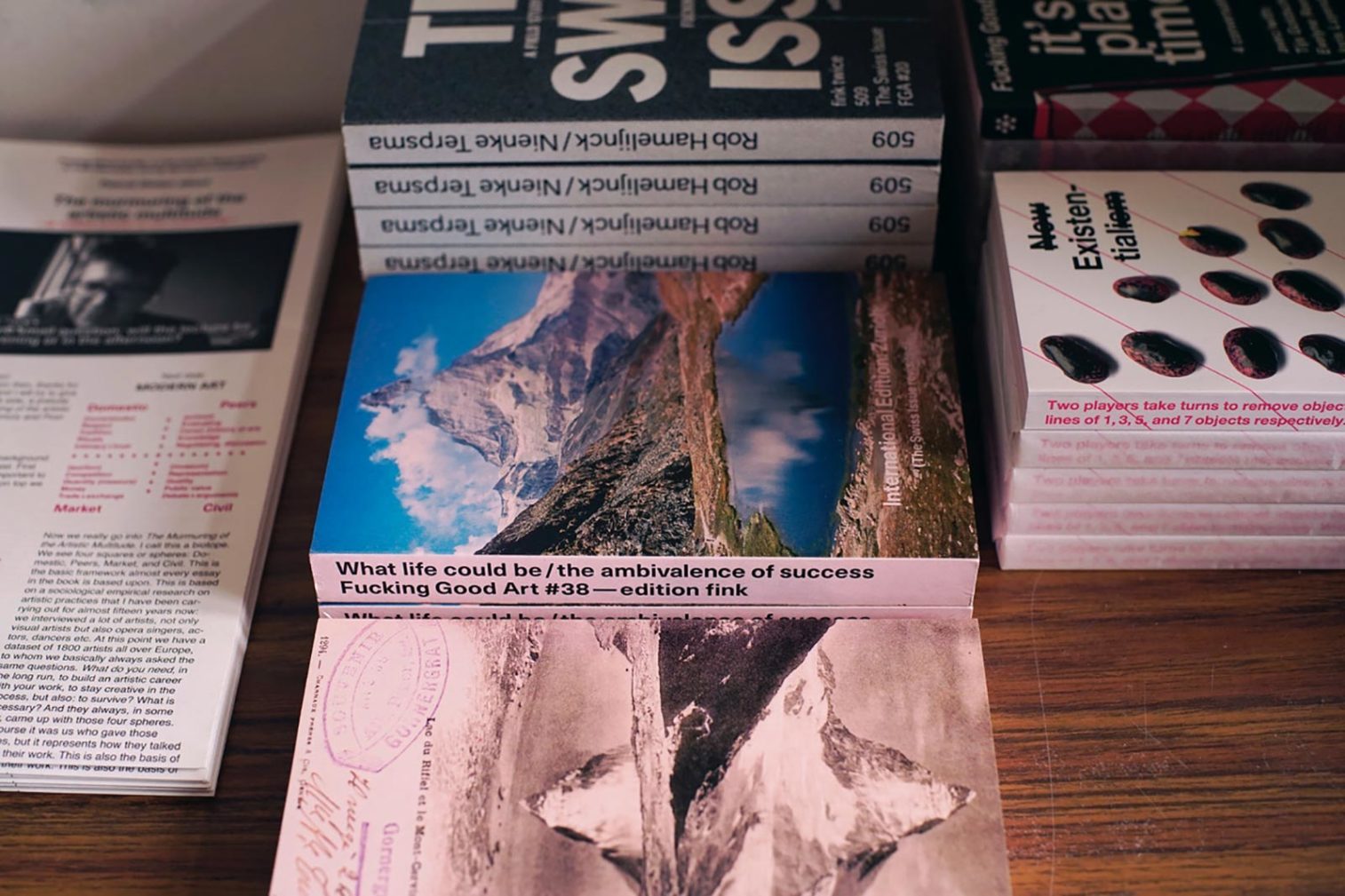