Lhaga Koondhor has many titles under her belt, most of them falling under being a cultural provocateur of some sort. Lhaga has provided creative consultation for large cooperate companies, galleries and fashion labels as well as smaller independent brands and labels. She also has her hands in music management - working with and connecting great talents. On top of that she curates many club nights in Zurich and around the world, with a knack of combining different social worlds and sub-cultures under one roof and an obvious emphasis on amazing music. Lhaga has an inherent interest in culture and all its offshoots.
She was the manager of Zurich underground nightlife fixture Longstreet Bar from 2010 to 2016. During her time at Longstreet Bar she supported and promoted local and international artists of club music such as Mykki Blanco, Arca, RP Boo or DJ Rashad. Parallel to her activities at Longstreet Bar, Koondhor worked on a variety of other projects, including a series of parties named House Of Mixed Emotions (H.O.M.E.) together with artists Jan Vorisek and Mathis Altman, as well as Asian girl gang collective Wifey. She is also a successful artist in her own right, appearing as a DJ under the name Asian Eyez.
Lhaga Koondhor has been living in China since the beginning of the year and organized events and parties in the local electronic music scenes of Beijing and Shanghai. Her experience and activity with Artists as Performance Artist Crew Asian Dope Boys , Fashion Label Atelier Pekin Rouge or the Shishang Museum has enabled her to develop a unique network in these music scenes.
Her family being part of the Swiss Tibetan diaspora, notions of identity and displacement are an integral part of Koondhor's discourse. Growing up in Switzerland, her multiple points of reference helped her shape her specific approach to culture and inclusion. Her time in China, and specifically her relationship to Chinese culture, is now providing new territory for her to redeploy her inclusive, border smashing strategies. 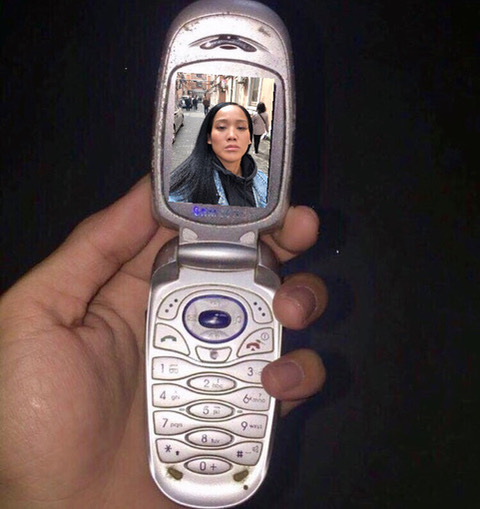