Marcus Coates lives and works in London. His films and performances aim to question the relational frameworks we use to define our position as a species amongst others. Exploring positions of alterity – he devises processes to explore the pragmatism and insight that empathetic perspectives and imagined realities can offer. He explicitly addresses a need to create functional and inclusive languages where conventional strategies of understanding and rationalisation prove inadequate.

Recent publications include: Marcus Coates, 2016, a survey monograph published by Koenig; UR…A Practical Guide to Unconscious Reasoning, 2014, Published by Bookworks; In 2008 he was the recipient of a Paul Hamyln Award and in 2009 he won the Daiwa Art Prize. In 2008 he was the Calouste Gulbenkian Artist in Residence in the Galapagos Islands with the Galapagos Conservation Trust. 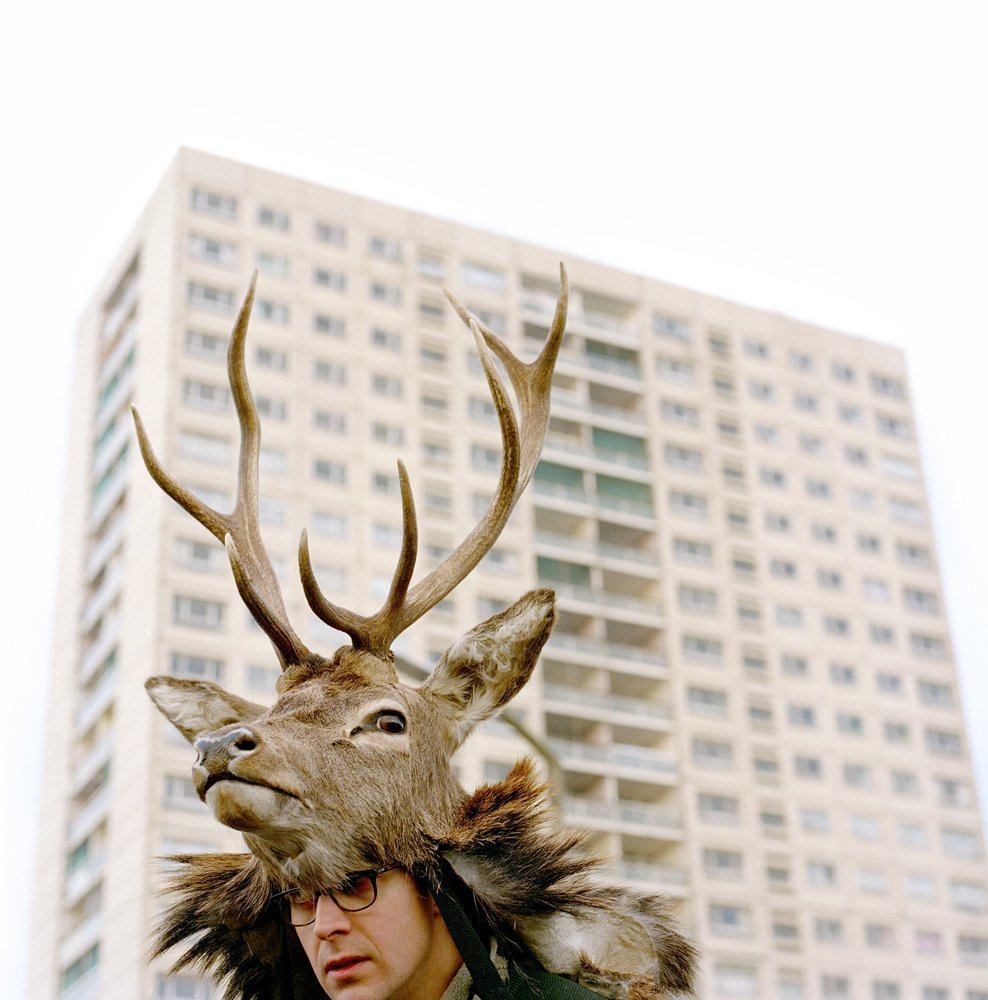