Miriam Laura Leonardi holds a Master of Arts in Fine Arts from the Zürcher Hochschule der Künste after studying photography in Paris. Her practice is marked by a semiotic research which combines feminist politics with literary and philosophical texts, manifolding in multidisciplinary and often collaborative projects. Her artworks are assemblages of not only different thoughts but also of different authors. She translates various popular references - filmic, literary and art historian - into a contemporary context, expanding the concept of appropriation and fostering a reflection about the effectiveness of information in Time. Her interest in translation and language also manifests in the current translation of the book Le Schizo et les Langues by Louis Wolfson (1970) from French into German.

In 2016 she founded together with artist Ben Rosenthal the independent art space ADAR, which invited to performances and exhibitions in a local grocery store and a union hall in Zurich as well as in private appartements of a small town in the Swiss mountains. Other collaborative works include the film Steht Ihr mir im Licht (2016) with Ben Rosenthal and the theater play The Pink Handbook (2015) with Géraldine Beck. Her work has been shown in numerous solo and group exhibitions internationally, including Bel Ami (Los Angeles), Kunsthalle Fri Art (Fribourg), Kunsthaus Glarus (Glarus), Galerie Maria Bernheim (Zurich), Astrup Fearnley Museum (Oslo), Swiss Institute New York (New York) and Marbriers 4 (Geneva). Since autumn 2017 she is also a lecturer in the Bachelor program of Fine Arts at the University of Arts, ECAL in Lausanne. 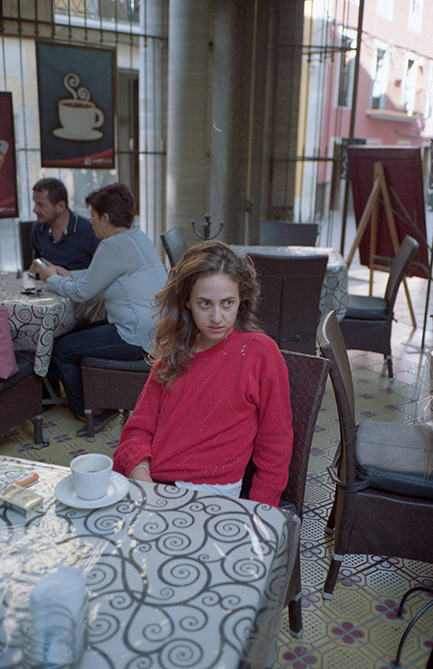