Screened at Stadtkino Basel from Monday, June 13 to Saturday, June 18, the Film program will again be curated by Filipa Ramos, Founding Curator of the online video platform Vdrome, Lecturer at the Arts Institute of the FHNW in Basel, and Director of the Contemporary Art Department of the City of Porto. The program showcases a selection of the most important artists worldwide working with moving images through dedicated surveys and short film evenings. This year’s highlights include surveys by Apichatpong Weerasethakul, Sky Hopinka, and Tala Madani. In addition, Film curator Marian Masone has selected an outstanding feature-length documentary film on African-American art history – ‚Black Art: In the Absence of Light,‘ directed by Sam Pollard – to be screened on Saturday, June 18. This will mark the Swiss cinematic premiere of the HBO documentary. 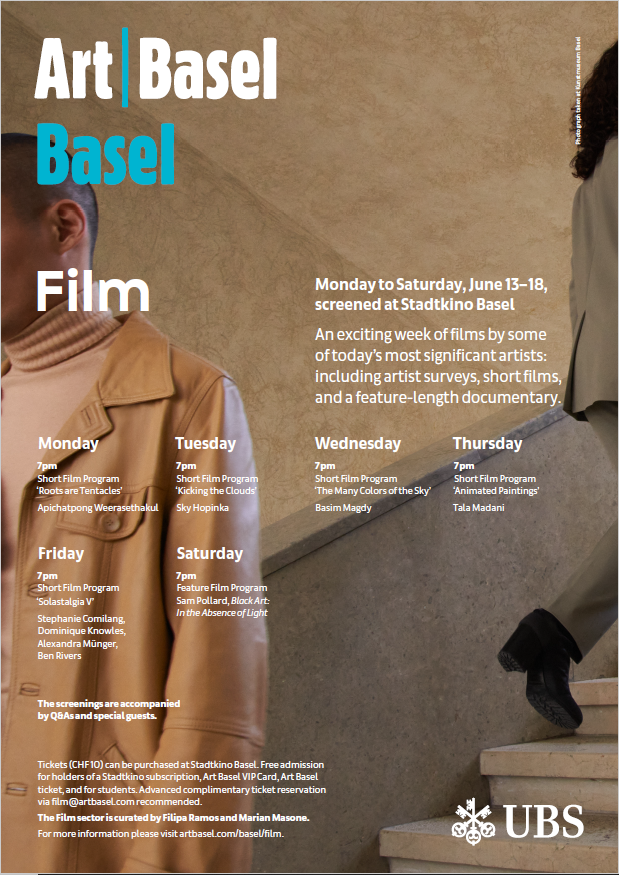